If somebody said that a worthless poo can ground a $533 million dollar plane, you’d find it hard to believe. Yet, that is exactly what happened to a British Airways flight from Heathrow to Dubai.

The plane was supposed to be on air for seven hours. But 30 minutes in they had to return back to the airport. Someone had thought of relieving themselves so they could relax, sleep, watch a movie or just think of the blue beaches of Dubai awaiting at the end of that tedious flight.

Unfortunately, the shit was so toxic that it gave a “pungent smell” to the whole plane, according to the pilot. After calling the senior cabin crew on his cabin, the pilot even announced that the shit was “was liquid faecal excrement”.

From the official explanation, it seems that once the cabin is pressurised only 50 percent of the air is recycled and cleaned, so tiny pieces of shit or “particle shit” if you will, would have free reins to hang around the plane.

So it was a safety and health hazard according to British Airways to continue with the journey. Vice reports that this toxic shit not only ruined vacations but even launched media careers. People wanted to know more about the fight between the “little guy and the goliath”, or the shit that brought down a plane.

Shit can be toxic, and the most toxic shit in the crypto kingdom are scams. The losses are estimated to be around 7.7 billion just for the year that we are leaving behind, 2021. Although there are as many ways to scam someone as there are people, still, it is quite easy to tell the toxic shit just from the smell.

A toxic shit in crypto-verse is one that is not audited. Audition by a legitimate platform is necessary because it finds holes, bugs or malicious code within a smart contract.
Another one is whether someone from the alt-coin that is launched or waiting for pre-sale is KYC-ed. Usually, if they happen to live in some country where the law is functional, they might face legal repercussions if one can prove that what they did constitutes fraud.
If they have none of these ‘insurance’ pre-conditions, think twice about investing there. Otherwise, you might find yourself in a world of shit. Toxic shit. Shit that brings down planes. 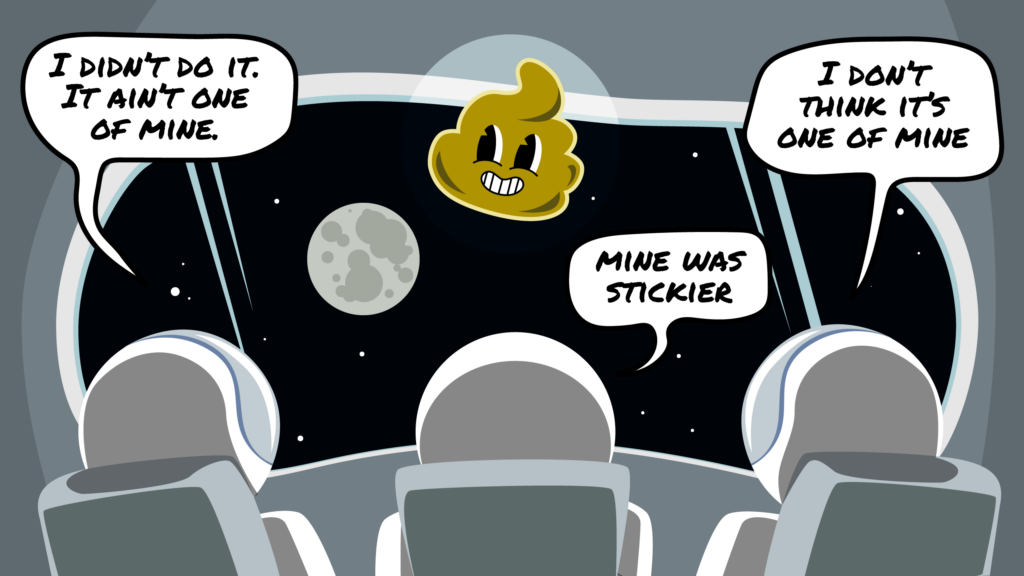 In one of the first missions to orbit the moon, Apollo10 astronauts encountered a deep smelling mystery.Six days into the mission, while doing a report…